Governor Newsom’s revised 2019-20 budget for corrections has increased to $12.8 billion. While there are some good things included in the budget, we notice an increased capacity for health and mental health services inside California Prisons. According to a report by the California Budget & Policy Center, 80% of CDCR’s budget goes to operations and health related services. “People experiencing mental illness “are especially sensitive to the unique stresses and traumas of prison life, and their psychiatric conditions often deteriorate as a result.”[1]While people who are incarcerated are deserving health treatments, CURB maintains our position that prisons are not acceptable wellness or mental health facilities. Nobody can get well in a cell. Instead of wasting resources to stretch the span of destructive prisons, where individuals cannot be properly treated, there is an urgent need to reduce spending on corrections and increase community-based health and mental health related services so that people’s needs are addressed and they do not end up in a cage. 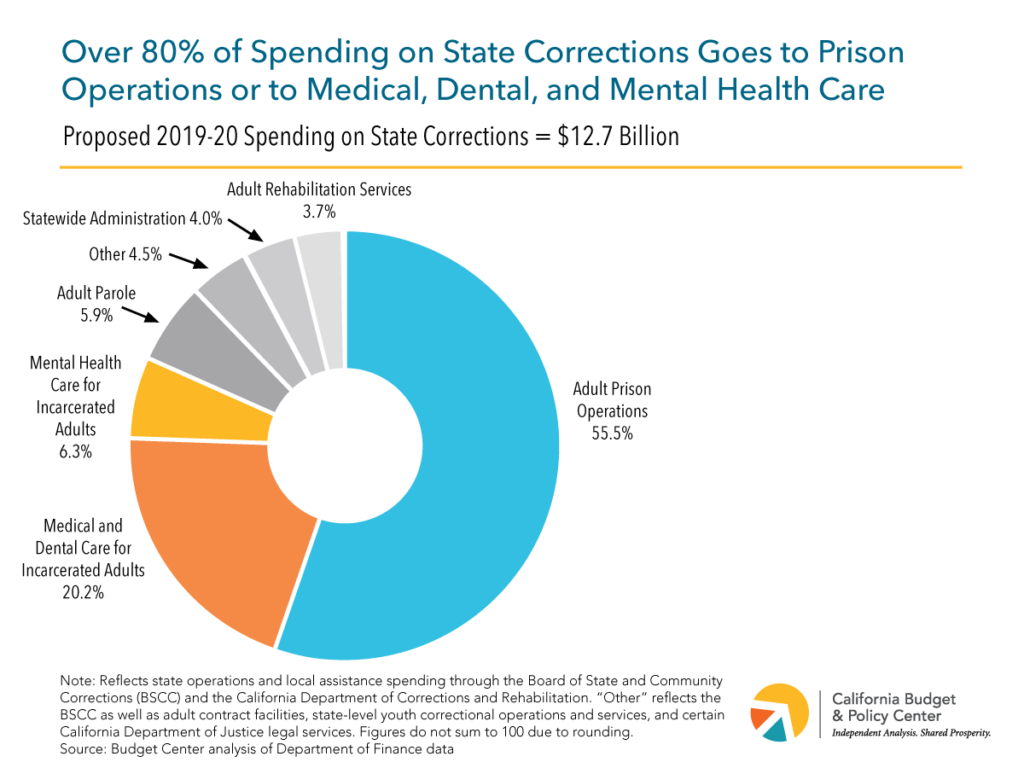 Since 2013, the state prison system has gone from 150% of design capacity to 134.8 percent of design capacity,  just below the court-ordered cap of 137.5%. While the adult prison population is steadily decreasing, more aggressive, retroactive parole and sentencing reform should be prioritized to allow necessary prison closures and increased investment in community. CURB maintains our opposition to any and all forms of prison and jail construction and expansion.

Construction and Facility Changes: CURB is happy to see no additional jail construction dollars in this years budget on top of the $1.3 billion for county jail construction proposals in 30 counties that was already approved in the past few years.