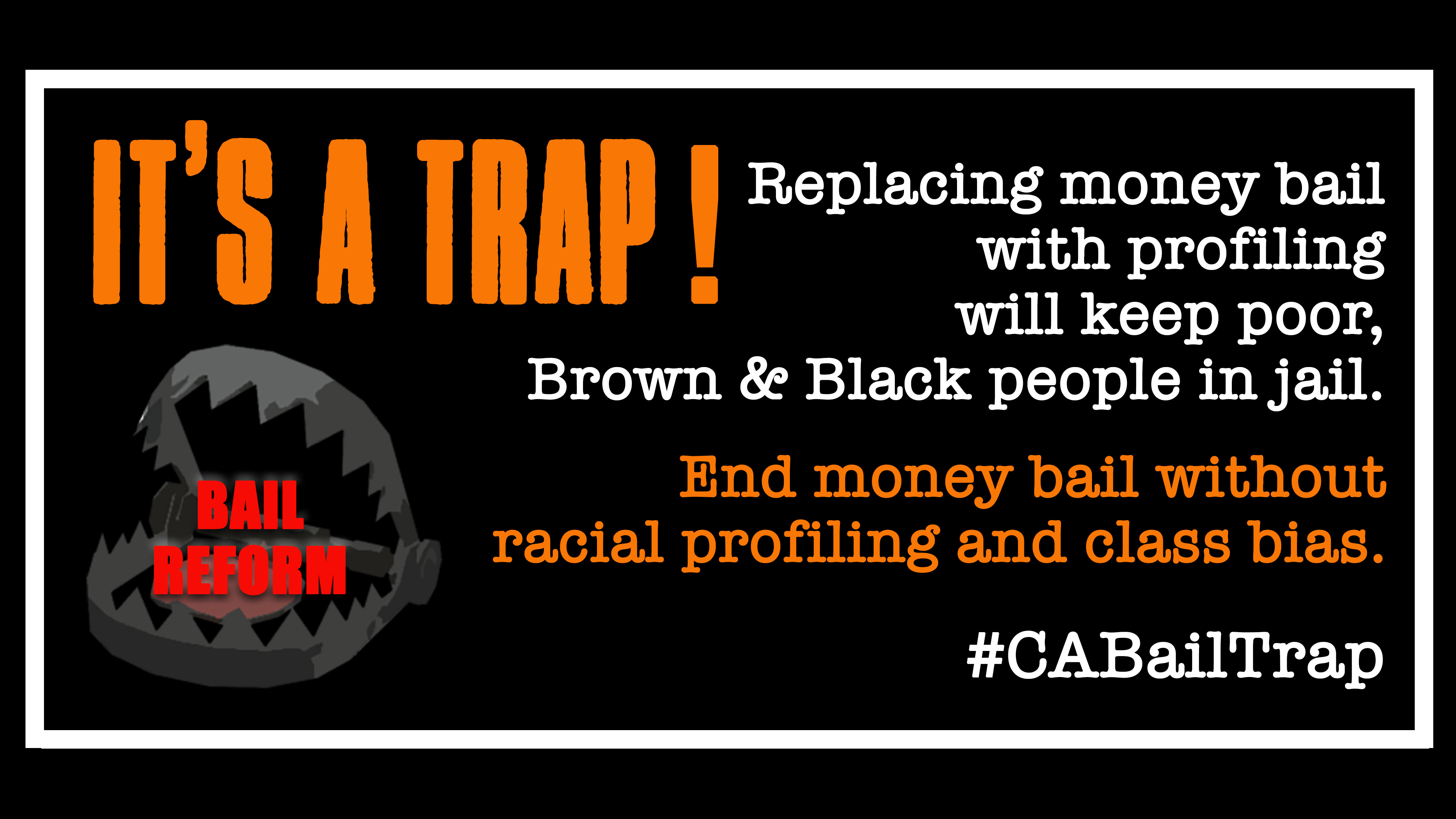 There is no question that California’s reliance on money bail is a predatory system that must be stopped.  Organizations across the state have been working towards proactive solutions to chip away at pre-trial imprisonment that targets poor people, Black people and other people of color, immigrants, homeless people, and people with mental health needs. Senator Hertzberg’s bail reform bill – SB10 – was presented a step forward in correcting this broken system. But community groups like LACAN and YJC did not fall for #FakeBailReform and sounded the alarm early on. What we now have is a bill that replaces money bail with the equally harmful and oppressive system of “preventive detention” and profiling.

SB 10 would hand judges unrestrained power to incarcerate a person pre-trial with no bail set and no possibility of release. It gives courts and law enforcement power to put more people in jail!

This Week CURB member organizations spoke out loudly in Sacramento against SB 10 and we need to show the Assembly and Governor that there is strong opposition across California!

We must take action NOW! Here are 6 ways to help:

1. Submit a letter of opposition by downloading and updating this sample letter by Monday August 20th at 12pm.

2. Call and Email Senator Hertzberg and your State Representatives and voice your opposition to SB10! Sample Script Here. Find your representative here.

3. Blast the petition from Essie Justice Group and Silicon Valley DeBug on social media platforms today and next week.

4. Send an email blast to your networks and ask them to make urgent calls (find sample content here).

5. Come out to a lobby day on Monday in Sacramento – contact Zoe from Essie zoe@essiejusticegroup.org.

6. Check out this Action Kit for more information, resources, and ways to take action.

Together, we can #KILLSB10 and fight for real pre-trial reform that centers the voices of community, not the will of law enforcement!