A Show of Force!

Over the last decade, the CURB coalition and our members have successfully stopped millions of dollars in jail expansion across the state of California. In the Bay Area, the No New SF Jail Coalition defeated a proposed jail in San Francisco and continues to fight for jail closure. The Decarcerate Alameda County coalition has been a powerful voice against the construction of a new “mental health” unit in the Santa Rita Jail and advocating for community-based alternatives. And in Los Angeles, the L.A. No More Jails Coalition successfully stalled the largest jail expansion plan in the nation’s largest jail system!

Together we can stop Los Angeles’ $3.5 Billion jail expansion plan once and for all! 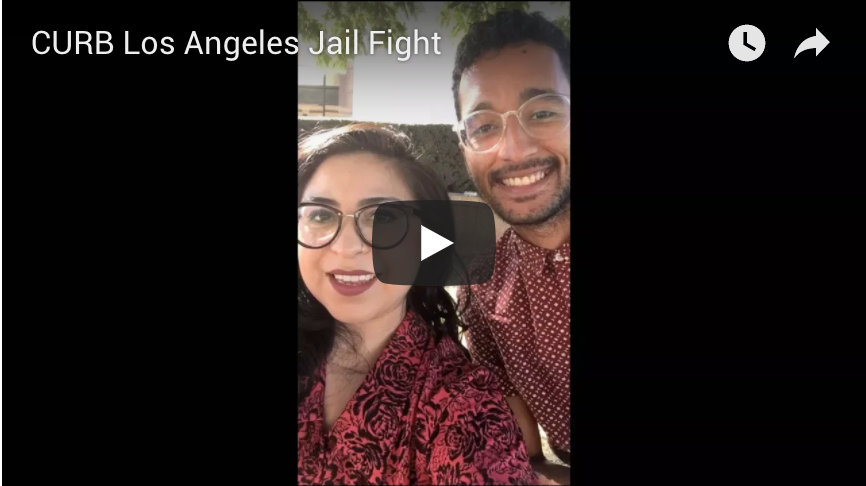 This year, CURB and member organizations Immigrant Youth Coalition, Youth Justice Coalition and Dignity and Power Now partnered with local organizations to form JusticeLA. With a show of force, the campaign launched by delivering 100 jail beds to the Los Angeles Board of Supervisors with the message of reclaiming, reimagining and reinvesting billions into our community and away from jail expansion.

Will you invest in CURB’s local jail fight work by donating $20 today?

Local jail fights have resounding effects on state and national issues, from immigration and bail reform, to the rights of people with mental health and substance use issues. Investment in incarceration has made Los Angeles County jails the largest mental health institution in the country and a leader in deportation. CURB understands that the safety of our communities depends on ending the exploitative practice of money bail, stopping cooperation between the Sheriff’s and ICE, and fully-funding community-based alternatives.

Can you help us reimagine a better California by donating to CURB today?

Because of your support, ending jail expansion in our state is not only an attainable goal, it is the future of California. Thank you for dreaming big with us and we look forward to celebrating more victories in 2018!

Member of Californians United for a Responsible Budget