On the contrary, Californian’s have been stepping up to address the irresponsible, harmful policies from the “tough on crime” era. The people have been working to have savings from recent parole and sentencing reform re-directed to the community, to support the continued success of community based reentry and development. Our legislature can still show Gov. Brown that we won’t accept his continued prioritization of imprisonment.

Will you join us in reaching out to press? Let’s make sure inflated spending on incarceration is reversed by our leaders in legislature.

With heightened federal pressure, we need to protect California’s most vulnerable populations by reducing spending on corrections and incarceration now more than ever. 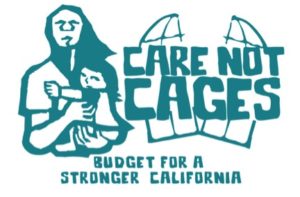