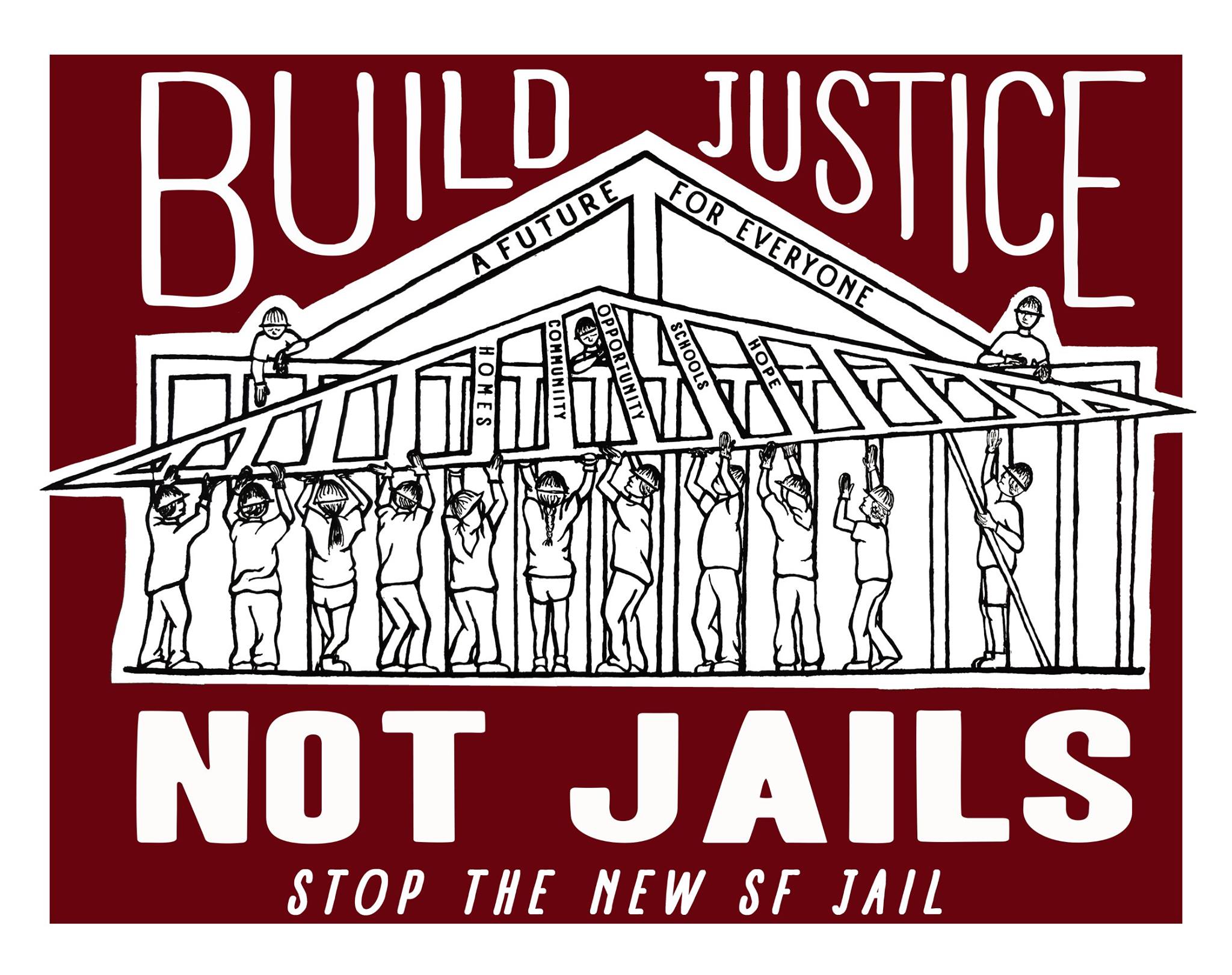 Thank you for continuing to oppose jail expansion in San Francisco alongside the No New SF Jail Coalition. Despite community opposition, at last Thursday’s budget and finance committee meeting, the Sheriff’s $70 million state application for the jail renovation project was moved forward to the full Board of Supervisors.

The proposal for jail renovation funding will be voted on TOMORROW, Feb. 14th.

Last week we learned that the proposal includes an increase of 8 beds and the cell structure will be modified from open pods to locked cells. Additionally, the Sheriff proposes to move prisoners either to one of the jails that SF has already committed to closing or to other counties like Alameda County while the renovation takes place.

Can’t come tomorrow? Then make a phone call to our decision makers today and tomorrow.

Script: Hello, my name is ____ and I am San Francisco resident that opposes jail construction in San Francisco. I ask you to amend the resolution to apply for jail renovation funding to prohibit bed increases and ensure that the resolution is voted on again before expending the money, and that San Francisco stand against security increases that further harden isolation and restriction of movement inside the jail. Thank you.

We need you now more than ever!