RISE Act stalls, but we fight on

Last week, SB 966 (the RISE Act), fell one vote short of making it out of the Assembly Public Safety Committee, ending its journey in the current legislative cycle. The bill would have repealed the sentence enhancement for most prior drug felony convictions, a vicious tool of the War on Drugs that has torn thousands of families apart, destroyed countless lives, and left our communities less safe.

After passing out of the Senate, we were disappointed that two moderate Democrats, Evan Low and Miguel Santiago, did not join the other Democrats on the Public Safety Committee in voting for the bill. As a result, the bill did not move on.

But the fight for justice and humanity is not over! Our incredible people power has sparked conversations in the media, received powerful endorsements, gathered support from more than 140 organizations across the state, and changed the way legislators think about sentence enhancements.

We want to thank you for all the support you gave us this legislative and budget cycle! And ask you to send a quick thank you tweet to Senator Mitchell. 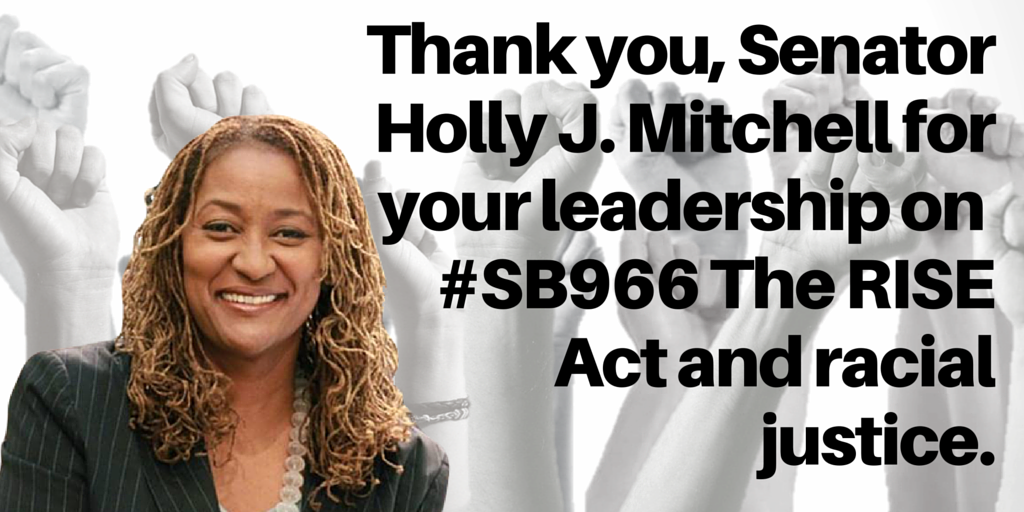 CURB and our co-sponsors — the American Civil Liberties Union of California, Drug Policy Alliance, the Ella Baker Center for Human Rights, and the Friends Committee on Legislation in California — remain committed to the bill, and we will continue fighting to repeal sentence enhancements next year and beyond.

Please thank Senator Mitchell for her leadership and courage by tweeting at her on social media!