Los Angeles is back and ready to continue the fight against the $2.3 billion jail plan. 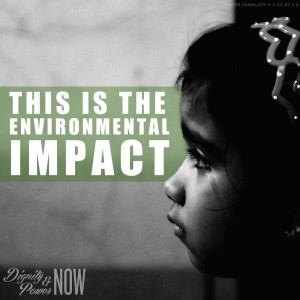 Right now we are focused on getting 500 letters submitted to opposed the proposed women’s jail on that grounds that it is environmentally toxic.

Will you help us get 500 letters in today?

Just a bit of a reminder from last year, part of building a jail, the county must do an Environmental Impact Report, which assesses the negative impacts that the construction of the jail will have on the environment and the people.

Public comment closes on January 12th so we need 500 letters to oppose the jail proposal by next week.

We all know that jails are terrible environmentally, worsening things like traffic pollution and the degradation of natural resources. Prisoners in this area are also highly susceptible to serious diseases like Valley Fever.

The county must do what is best for our environment and our communities and put an end to this jail plan.

We look forward to fighting the LA jail plan together in 2016!

P.S. On Jan. 12th Dignity and Power Now will be mobilizing to the Board of Supervisors for a strong Civilian Oversight Commission. We will have comment cards there against the women’s jail and would love if you could join us at 9am (500 W. Temple, LA, 90012)!