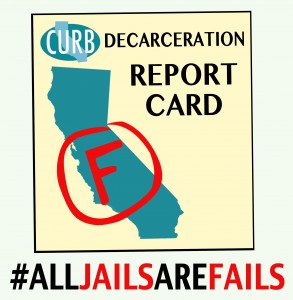 For the past three years, CURB has released an annual report card grading California counties on whether they’re reducing the number of people incarcerated and investing in community solutions, or whether they’re building new jails.

This year, for the first time, every county received a failing score.

It’s been four years since realignment and one year since Prop 47. These reforms provided counties with critical opportunities to implement alternatives to incarceration, invest in community-based services, and strengthen the social safety net.

But across the state, counties are prioritizing incarceration by expanding their jails and building new ones — with enormous social and economic costs.

Even more alarming, these jail projects are being promoted as ways to help incarcerated people and their families: Improving mental health treatment, adding classroom space, and providing so-called “gender-responsive care.”

We know that no matter how they’re promoted, jails harm people, tear apart families, and weaken communities. We know that #AllJailsAreFails! 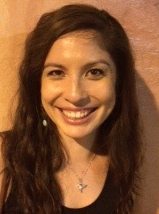 P.S. Is your county trying to build a new jail? Check out CURB’s tool-kit, How to Stop a Jail in Your Town!