After 59 days on hunger strike, prisoners at Pelican Bay have suspended their peaceful protest.  Representatives of the Short Corridor 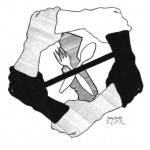 In response to much sincere urging of loved ones, supporters, our attorneys and current and former state legislators, Tom Ammiano, Loni Hancock, and Tom Hayden, for whom we have the upmost respect, we decided to suspend our hunger strike. Read the complete Statement here.

They based their decision on a meeting with fellow prisoners, the growing international condemnation of California’s practice of solitary confinement, as well as the commitment of California Senate and Assembly Chairs of Public Safety Loni Hancock and Tom Ammiano to convene a series of hearings in response to the strikers’ demands that would “address the issues that have been raised to a point where they can no longer be ignored.”  Pelican Bay prisoners also noted that despite California Department of Corrections and Rehabilitation’s (CDCR) repeated attacks on the strikers and their loved ones, they are firm in their commitment to end torture and violence in California’s notorious prison system.

Thank you to everyone who signed the petition, made phones calls, fasted, donated money, wrote to the Strikes, organized actions, joined the Emergency Response Network, marched at Corcoran, traveled to Sacramento and organized in solidarity with the 30,000+ people who went on hunger strike throughout California’s prison system. Our collective power has achieved significant gains in ending the use of long-term solitary confinement and we must continue to build and grow.

Remember, the fight against prison expansion today is the first step in preventing solitary confinement, torture, and other human rights abuses in those prisons tomorrow. The California Assembly has delayed their vote on SB 105, the bill to spend $715 million on prison expansion, until tomorrow.  Help #StopCABudgetRaid and put one last call into your Assemblymember today!