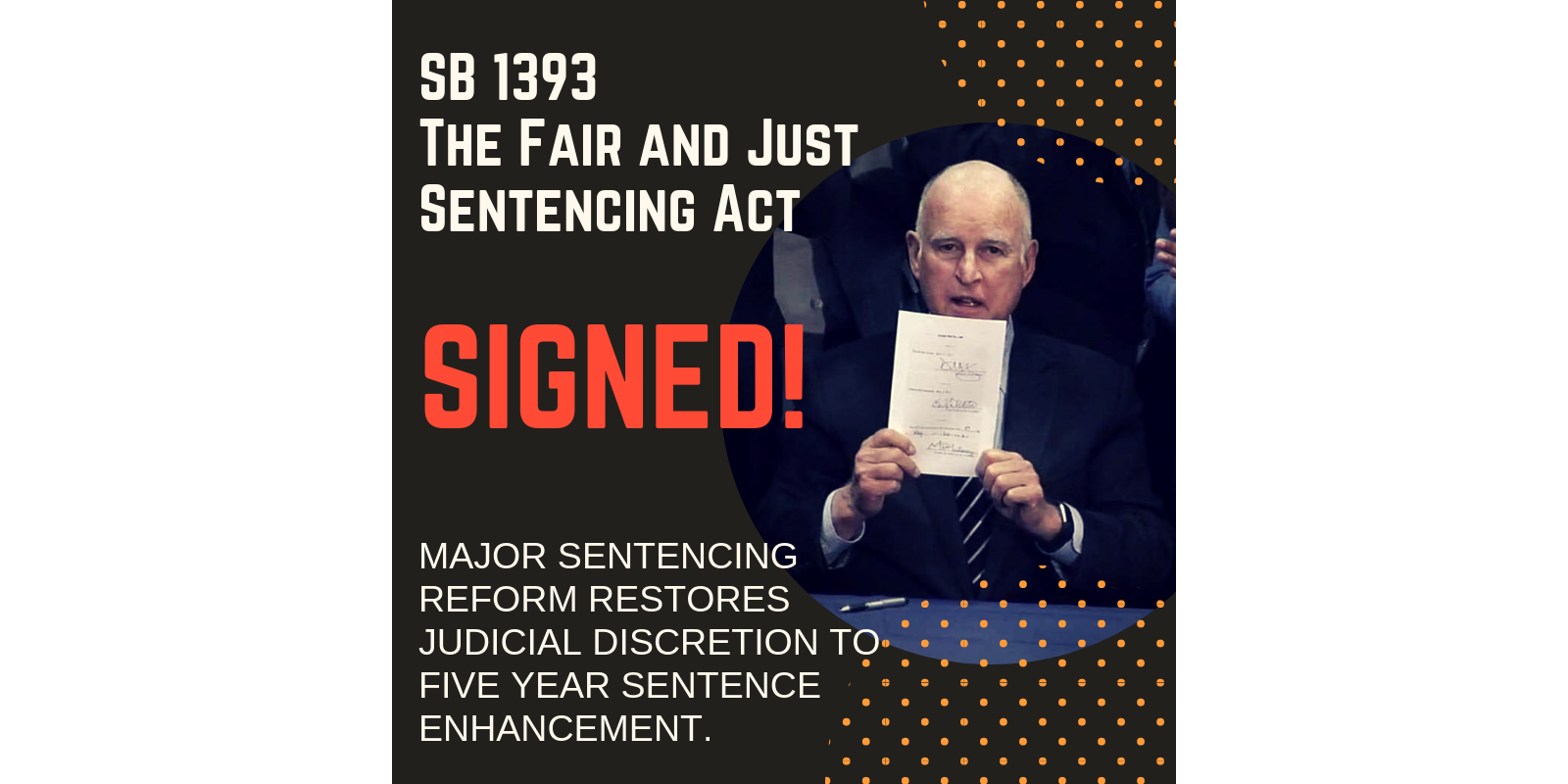 Sacramento, CA— Yesterday, Governor Jerry Brown signed into law Senate Bill 1393, authored by State Senators Holly Mitchell (Los Angeles) and Ricardo Lara (Long Beach).  With his signature, Brown, ended the mandatory application of the 5-year sentence enhancement given for each prior serious felony on a person’s record at the time when a person is currently charged with a serious felony. The bill is part of Senator Mitchell and Senator Lara’s Equity and Justice Package of 2018, which seeks justice reforms for juveniles and adults.

“Mass incarceration is a massive moral failure and policy failure,” Mitchell said. “It’s a moral failure because we now know that it is injurious to families and to the economies of low-income communities. We all value, respect and want communities that are safe. This will help us move in a strategic, smart way to help an overburdened, high-cost, criminal justice system.”

At the age of 16, D’Andre Brooks was sentenced to an additional 5-year enhancement on top of the base term of his current his offense. “Because of this enhancement, I spent my most formative years in an adult prison. When most kids were thinking about who to take to prom or how to fill out a college application, I was trying to survive in an 11 x 11-foot cage,” said D’Andre. “Since my release, I have received my associate’s degree and am working on my bachelors. I run my own business and became a father. While I am proud of my progress, I wonder how much farther I would be as a citizen, parent, and business owner if I could have developed in my home, with my community.”

Sentence enhancements have the effect of sentencing thousands of people in California too long periods of incarceration in overcrowded state prisons and county jails, destabilizing families and communities. Furthermore, this failed approach has proven enormously expensive,  robbing state and local budgets that should be spent on schools, health and social services, and policies that actually reduce drug use — drug treatment, after-school programs, and housing, among them.

The Fair and Just Sentencing Reform bill will help restore balance in the judicial process, address extreme sentences, and reduce racial disparities in the criminal justice system by allowing judges to decide what is best in the interest of justice. The passage of this bill builds on the growing momentum in California to enact criminal justice reforms that divest from ineffective mass incarceration policies and invest in community-based solutions like mental health-care, education, and substance-use treatment.

Advocates and community members who have lived through extreme sentences laud Governor Brown for demonstrating his commitment to addressing failed policies.